It was always difficult being Harry Potter, and it isn’t much easier now that he is an overworked employee of the Ministry of Magic, a husband, and a father of three school-age children. While Harry grapples with a past that refuses to stay where it belongs, his youngest son. Albus, must struggle with the weight of a family legacy he never wanted. As past and present fuse ominously, both father and son learn the uncomfortable truth: Sometimes, darkness comes from unexpected places.

J.K. Rowling is the author of the seven Harry Potter novels; three companion books originally published for charity; The Casual Vacancy, a novel for adults; and, under the pseudonym of Robert Galbraith, the Cormoran Strike crimes series. In 2016, J.K. Rowling made her screenwriting debut and was a producer on the film Fantastic Beasts and Where to Find them, a further extension of the Wizarding World and the start of a new five-film series.

Jack Thorne writes for theatre, film, television, and radio. His theater credits include The Solid Life of Sugar Water, Woyzeck, Junkyard, Hope, and Let the Right One In, among many others. Film credits include Wonder, War Book, and the Scouting Book for Boys, and for TV, The Last Panthers, National Treasure, and the BADTA Award – winning Don’t Take me Baby, The Fades, and This is England.

The boy who lived is the Stressful Dad now. Yes, I am talking about our Harry Potter. Who would ever forget the magical novels turned into the box office movies in 2000s? I am sure you can relate more if you are a 90s kid. Back then, I was a big fan of the film and had a huge crush on Daniel Radcliffe. They came along during my puberty days. Well, so much of that!

In the novels, I only read “Harry Potter and the Goblet of Fire”. I borrowed the book in the library during my high school years. Watching it on the big screen disappoints a part of me because I know that there could be so much more based on the book. I completed watching all the films from 1 to 7. Harry Potter series is definitely a big part in my teenage years.

At the moment, I have all the Harry Potter (1-7) e-books on my phone. I got the e-books from that generous writer on the Freelance Writer FB group. Thank you so much! I am hoping to read them when I have time to spare. What I have tangible only is the “Harry Potter and the Cursed Child”.

My copy of Harry Potter and The Cursed Child

Unlike the first seven books, Harry Potter and the Cursed Child is in a form of a playwright. It is the “Special Rehearsal Edition Script” of parts one and two of the play of Harry Potter in London. Jack Thorne assisted J.K. Rowling in writing the story with John Tiffany directing the play.

The Terrific Trio are Parents now!

Ron and Hermione have Rose Weasley. Harry and Ginny have James, Albus, and Lily Potter. Among the children of Harry, Albus Severus Potter, the second child, is the most angsty and a bit stubborn. Harry had a hard time dealing with him. Albus feels pressure at school because his father is the famous “The Boy who Lived”. He felt more like an outcast and different in his first year at Hogwarts. Because the sorting hat placed him to SLYTHERIN. That is why he became friends with Scorpius Malfoy, son of Draco Malfoy as they are in the same house in Hogwarts. Meanwhile, Scorpius carries this shame of rumors about him as the son of Tom Riddle (Voldemort).

The Return of the Timeturner

To appreciate the 8th book, reading/watching HP 1 to 7 is a must. This way, you can grasp well the essence of the 8th book because time travel is a central activity here. The Timeturner still exist under the care of Hermione Granger, who works in the Ministry of Magic now. However, Albus and Scorpius stole it from her office to save Cedric Diggory in the past. This time travel fiascos of the two made their parents worry a lot as they were missing in Hogwarts. As a reader, it is a new adventure to discover the possibilities in the alternate realities. It can be surprising and frustrating to read how ridiculous the scenarios can be. If Ron and Hermione did not end up with each other, Hermione will become a Hogwarts professor instead. I will still support her. Haha!

Along going back and forth through time, Scorpius happens to be in the world where Harry Potter is dead and Voldemort Lives. He is known in the alias “Scorpion King”. Everybody is saying “For Voldemort and Valor”. Everything is dark and weird. The only part that interests me is meeting Snape alive in this alternate reality. Scorpius never met him before and it was an honor to meet him. Read here, I love this part:

“Listen to me, Scorpius. Think about Albus. You’re giving up your kingdom for Albus, right? One person. All it takes is one person. I couldn’t save Harry for Lily. So, now I give my allegiance to the cause she believed in it myself.”

“The world changes and we change with it. I am better off in this world. But the world is not better. And, I don’t want.”

In this part, Snape obviously supports the agenda of Scorpius and believes somewhere in real reality there’s a hope of a better world. He’s one of the reasons that contributed to that result.

In the 8th book, Amos Diggory begged Harry to use the time-turner. For him, it is the only way to save Cedric (his son) from that tragic event in the Tri-Wizard Tournament. Harry declined his request and told him that he can’t meddle in the past. Amos felt devastated by Harry’s response because up to now, he believes that Harry is responsible for his son’s death. He even heard that Voldemort considered Cedric to be the “Spare”. He still holds resentment towards Harry and does not believe in what he is saying.

What worst happen here is Albus overheard this conversation. He thought of solving this case “alone” just to prove himself and not live anymore behind the shadow of his father. (Albus is quite an annoying kid. As you read, you will want to spank him.) He has always this issue about his father, Harry. I understand why there are times Harry said how he wish Albus was not his son.

Who is the Cursed Child?

“When spares are spared, when time is turned, when unseen children murder their fathers: then will the Dark Lord return. I will rebirth the Dark Lord. I will bring my father back!”

Delphini’s prophecy written on the walls in her room

Reading this part of the story is terrifying! This is the big twist I am anticipating for the story, the new villain! That line creeped me out to the bone. Knowing there’s a chance to resurrect Voldemort through Delphini is alarming. Also, I can’t imagine how this happened between Bellatrix and Voldemort. Voldi does not even have a nose! Haha! Yet, he was able to produce a daughter with Bellatrix as the mother. But of course, anything can happen in Potterverse.

I also realized that Albus Potter is having an adventure with the son of a Malfoy and daughter of Voldemort. What a new trio here! Later on, the story revealed that Delphi is a villain who wanted revenge and the restoration of his father. She must be stopped. Luckily, Harry Potter was able to get the message of Albus from a different timeline – the day his parents were killed. I was all tense reading it.

Overall, I enjoyed the excitement of knowing the unknown, new characters, and sequel of Harry Potter life as an adult. You must be familiar with every character popping up along the time travel for you to grasp the humor and digest the situation in an alternate reality. It appeals to most Potterheads because the fans now are also adults dealing with career and family life. That is why the story can also be more appreciated today. I do hope that aside from a theatre play, this can also be produced as a film.

My only concern with the playwright is the delivery of conversations. Some fans would say that it sounds like fanfiction or worst – adapted from fanfiction. Also, the 8th book revolves and depends too much on the past characters and events. As a reader in 2020, I wanted something fresh and new from the oven. I am good with Albus and Scorpius’ friendship. Let them have the spotlight here. The younger audience should relate to them more for them to love this novel. There’s a lack of elaboration of their powers, identity, and character development. I wish they could add some sort of new powers or magical beast with them. Everything is too DARK and reference-dependent.

Nevertheless, Harry Potter will always be a part of my literary life even I become a senior citizen. The story is worth telling because it resonates so much in the creative world of literature and magic in everyone’s wild imagination.

If you have any thoughts to share about this book, feel free to leave a comment below! 🙂

NOTE: THE CRITIQUE AND RATING OF THE BOOK IS ONLY BASED FROM THE OPINION OF THE REVIEWER. 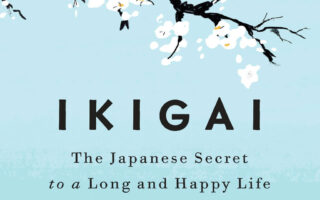 Ikigai: The Japanese Secret to a Long and Happy Life | Book Review 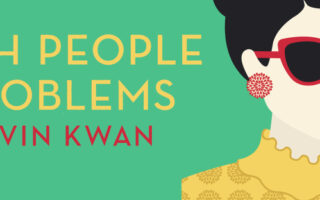